The standard of Squash in Manchester continues to reach new levels and its' inclusion in the Greater Manchester School Games next year is a real bonus for our schools. With 6 schools contesting the U15 Team Championships, there was some very powerful and skilfull play from the start of the group games. MGS and King David took a strong grip on their respective groups with wins in their first game. MGS secured their place in the final by beating a very spirited Trinity team and King David joined them with a 4-1 win over Parrs Wood. In a very entertaining final, MGS became Manchester Champions, but King David can be proud of the fact they they were the only team to take a game off MGS throughout the competition.

Finally, a big thank-you to all staff, especially Chris for arranging the use of such superb facilties. 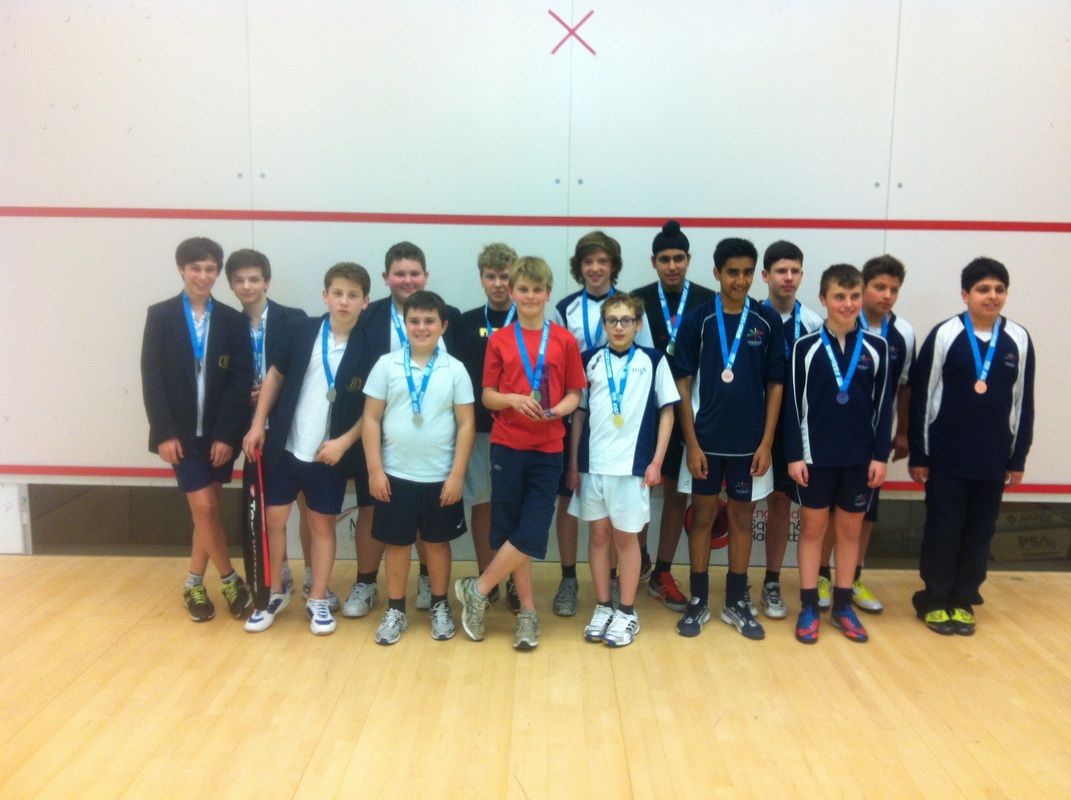